Needing to get a root canal done is something that nobody enjoys. For some people, getting a root canal brings on additional fears and health concerns. The National Institutes of Health discredited a myth which suggested that root canals caused problems for those who live with cardiovascular disease.

However, there are several other medical conditions that can lead to problems when getting a root canal. Fortunately, dentists can take certain precautions to limit health risks. Here's what you need to know.

Trigeminal neuralgia is a condition that causes extreme excruciating pain in the jaw and face. It's been called the suicide disease due to the intense pain levels associated with the condition. The nerves in the branches of the fifth cranium nerve are thought to be compressed, which brings on sudden pain with triggers such as a small gust of wind or a light touch to the check occur. Talking, chewing and brushing teeth can also cause the pain.

With the ends of the nerves being in the jaw and cheek, it can make getting any kind of dental work challenging, to say the least. Many patients with trigeminal neuralgia try to avoid dental work as much as possible. However, when it comes to needing a root canal, dental work cannot be avoided.

If you have trigeminal neuralgia, it is important to tell your dentist about your condition. He or she will need to take extra precautions for your dental care. Preemptive anesthesia is highly recommended to help ward off the pain. You may need to increase your regular medication for trigeminal neuralgia and take additional pain medication to help, but you'll need to speak with your neurosurgeon or physician before you do.

People who have epilepsy have seizures that can make them lose complete control of their bodies. During a seizure, an epileptic can damage his or her teeth due to the uncontrollable movements. To make matters worse, some anti-seizure medication can cause problems with oral health and make dental procedures complicated.

Some oral health problems that can be concerning for those needing root canals include an increased risk of infection, delayed healing and postoperative bleeding. Also, given that a seizure can occur at any time, anyone with a seizure disorder such as epilepsy should inform their dentist on what to do if they have a seizure while receiving dental treatment. This is especially true for dental procedures that involve cutting into the gums such as when having root canals.

Due to infection being one of the common triggers, it is important to get a root canal as soon as possible. However, since the red blood cells do not clot properly, excessive bleeding can become an issue during a root canal. If you have sickle cell anemia and need a root canal, speak with your dentist and your physician to get a prescription for the necessary medication to prevent further complications with infection and excessive bleeding.

A root canal is a dental procedure that is necessary when the pulp in a tooth is infected and needs to be removed. This procedure can be complicated for anyone to deal with, but more difficult for people who have trigeminal neuralgia, epilepsy or sickle cell anemia. If you have one of these conditions, tell your dentist about your medical history and the medications you take on a regular basis before undergoing any dental treatment.

Diet and Oral Health: Keeping Your Teeth and Gums Strong

Diet and Oral Health: Keeping Your Teeth and Gums Strong 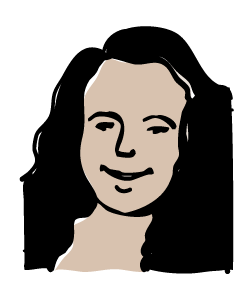 Your body can reflect the things you eat, and the same goes for your teeth. I always finished my meals with very sugary desserts, such as chocolate cake or fruit sorbet. I also snacked on sweets throughout the day. One of the things I didn't do is brush my teeth after I ate my sugary foods. Not only did I gain weight, I developed tooth decay in eight of my teeth. Although a dentist filled five of my teeth, they couldn't save the last three. I now limit my sweets and brush my teeth regularly. I even floss and use fluoride rinses twice a day. What you eat can affect everything about your health, including your mouth. If you want to learn more about eating healthy and maintaining good oral care, read my blog. I offer many tips you can use for you and your family. Thanks for reading.

Teeth are quite complex, with multiple layers of l …

If you've lost all your natural teeth and wear den …

Read More
What to Know About Dental Implants
11 November 2019

When someone describes an activity or experience a …

Read More
Is There A Difference Between A Mouthguard And A Nightguard?
26 September 2019

Many people believe that mouthguards and nightguar …